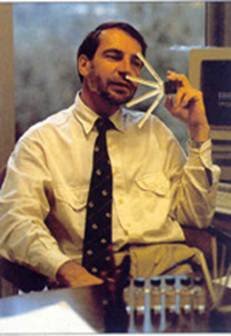 Jacques Flory is a perfumer working for Robertet. The owner of the company, Jean Mober, brought him here and took patronage of the young man and taught him the art of creating fragrances. Later, Jacques himself became a teacher and mentor to novice perfumers.

Before his career as parfumer, Jacques Flory, for three years, studied medicine, but left school and became interested in yachting (for several years he was president of the Yacht Club in Cannes). But once the young man fell in love with perfumery and decided to devote himself to the creation of aromas. He really likes the sea, mountains, horses and all the aromas associated with his hobbies. He is happy that he can work at Robertet, has freedom of expression and the ability to realize his ideas. The perfumer likes to work with other people who are interested in his profession and pose interesting tasks for him. Colleagues speak of him as a very cheerful person.