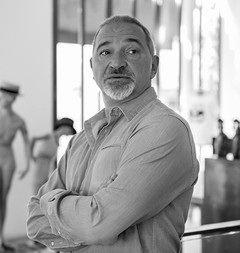 Philippe Romano is a French perfumer with forty years of experience, which works in the Paris branch of Drom since 2000. He began to build his career at Robertet, where he spent twenty-three years. The perfumer often went on business trips to South and North America. Basically, Philippe Romano specializes in creating aromas for perfumes, but sometimes he tries himself in other industries. He draws inspiration from taste pleasures (the perfumer loves Japanese cuisine and whiskey), as well as in the creativity of the U2 band.